What's on your mind?

hello, are you looking for partnerships. I have a hazbin hotel/helluva boss/zoophobia roleplay server that needs more members. I only have eight active members so far and I need to spread the word on this server and get more people. If not a partnership then is it okay I post a link somewhere in the server so people can find it please? respond whenever you can thanks! SERVER LINK: https://discord.gg/4uGkkYw4Pz

I don't know if you guys knew about this one, but Zill's father is based on the goetial demon Valefor, so much so that the cause of the divorce is due to the fact that he usually betrays or abandons his followers to traps as probably happened with Maricella (Zill's mother ) although we never have any information about their relationship. 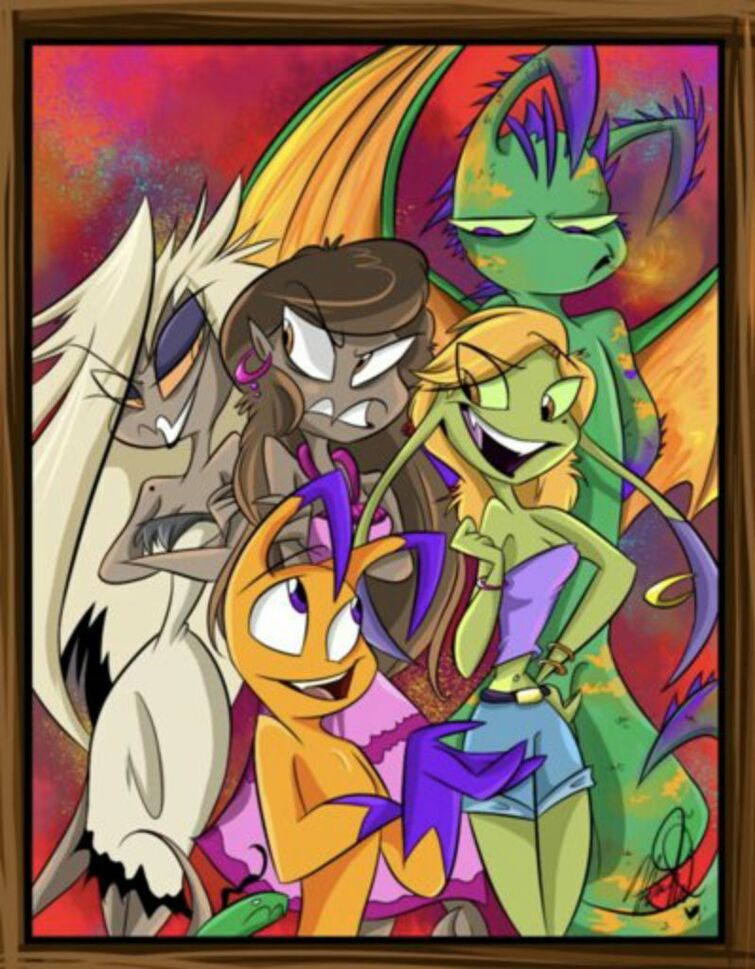 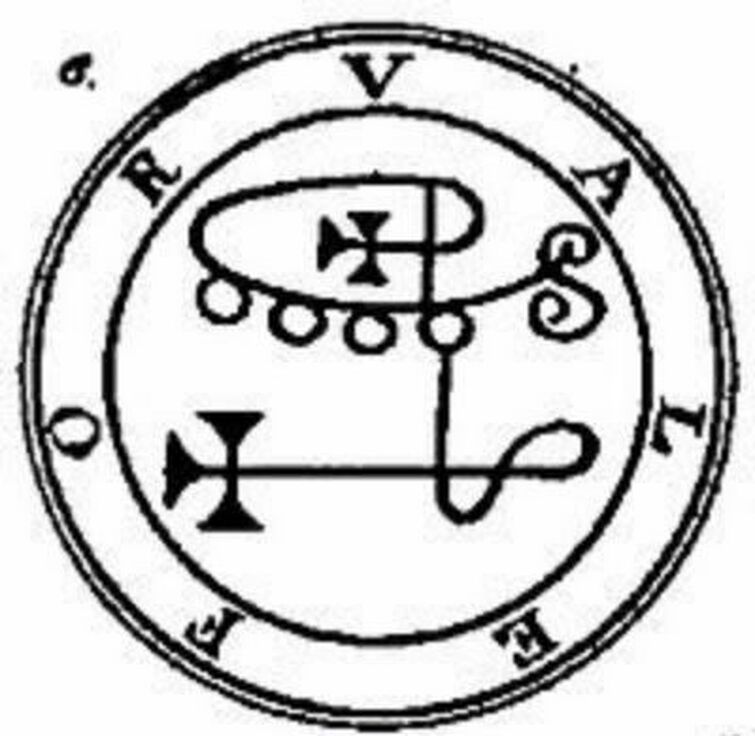 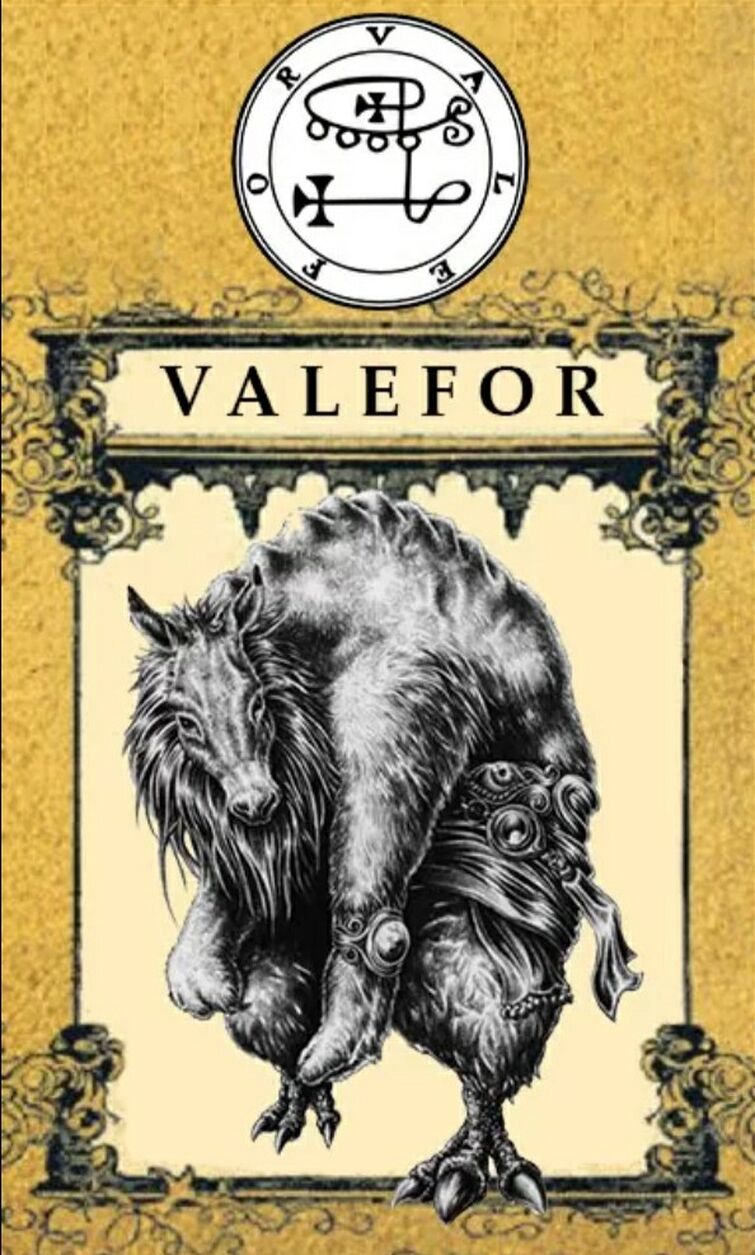 I just started reading the comics of Zoophobia and I was wondering if Vivzipop WAS actually going to bring this back some way as she said in a post a while ago. Has she done anything with this in a while? 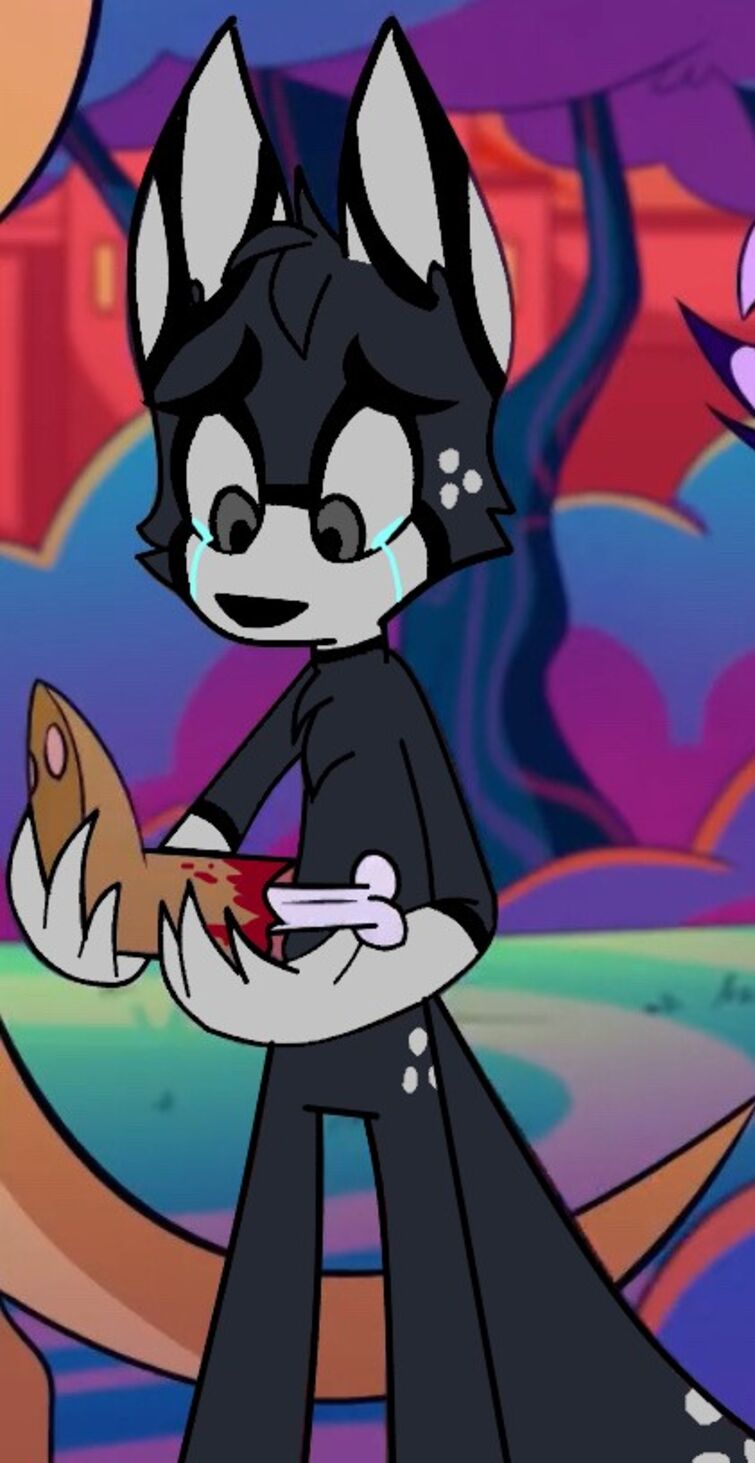 After having his curse finally lifted, Jack was no longer unlucky but that didn't stop him from dying for real.the death of his best friend made spam get very depressed and he doesn't care anymore about everything that makes him happy he even started to avoid people who tried to be friends with him, depression made his fur turn black and white because that was the depression color.

I Wonder Who Will Voice Nutmeg?

I want to add something to her gallery but I what to know if I have to ask first. 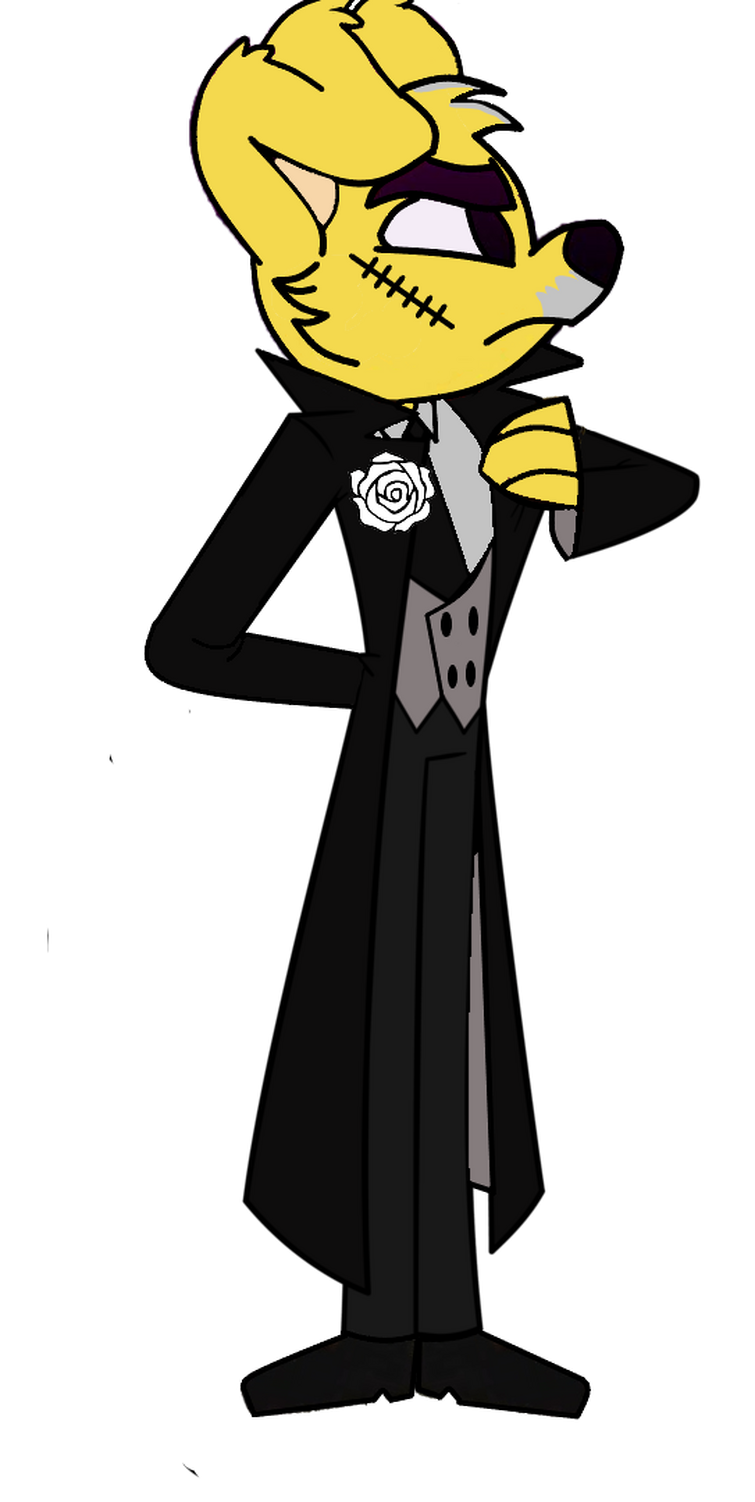 I have one question does anyone have any info about this skunk character that appears in the curse song in bad luck jack. i have been wondering for days on who she/he is cause i love this character and i want to know what he's or her's name is 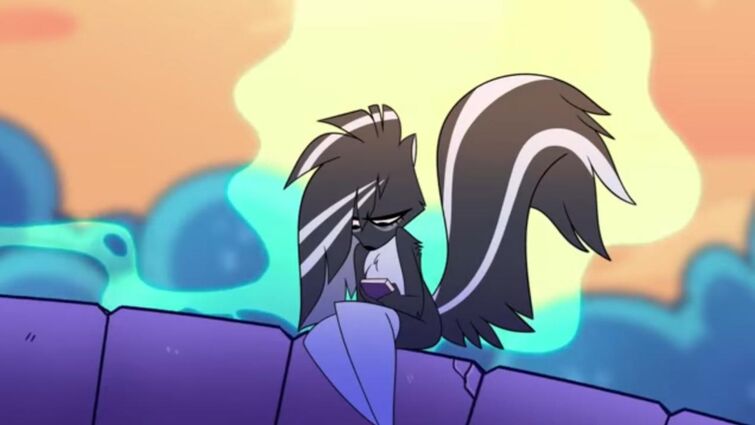 Do you guys think olivia will show in the short i hope she dose becuase i want to see more of her.

I thought I ask becuase there are so many so and interesting characters like for example zill ,jack,rusty ,mackenzie and diamian and other cool characters which i would love to see in full animation and to see their personaility and to see some other characters shine like mackenzie becasue she is good at singer and once she shows her talent she might get some respect from others. 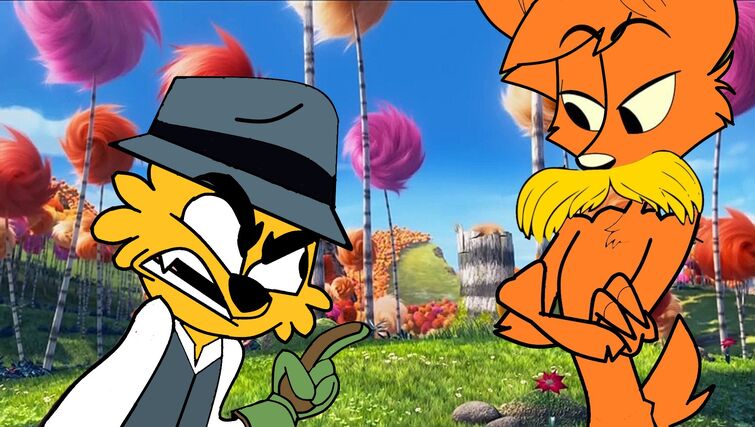 when i saw zoophobia for the first time i realized how the rivalry of rusty and autumn is similar to once-ler and lorax,because his portrait in rust as a greedy character who wants to win in life and doesn't care for others around him,Autumn however I see him as a mystical being who wants to protect the forest and prevent the lumberjack from cutting down the trees and cutting down everything that comes his way. 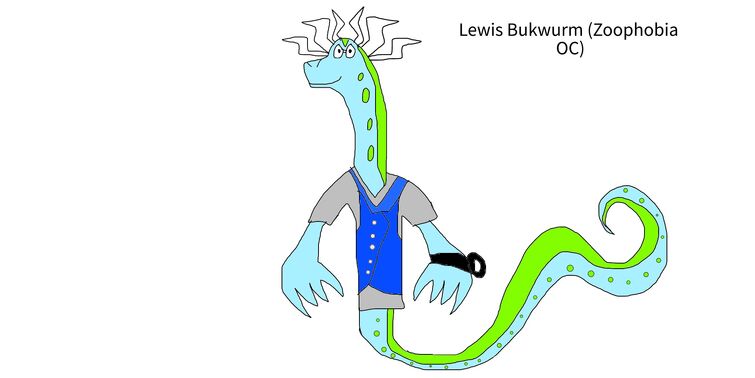 Been wanting to make More OCs/Fan Characters for Vivziepop's old web comic, Zoophobia to share with @Veggies Alt and @0rosabelle0

Lewis Bukwurm is a lindwyrm worm that in both the actual species and the creature of myth. As he was born with the unique ability to be pyrokinetic and cryokinetic. A trait that his breed of annelids are believed to be able to become once in 1000 years. Sadly, Lewis is someone that shouldn't have such power. As he believes that the strong shouldn't conquer the weak. Thus he sees himself superior but also smart with his power to set himself on fire & burn or freeze everything around him. 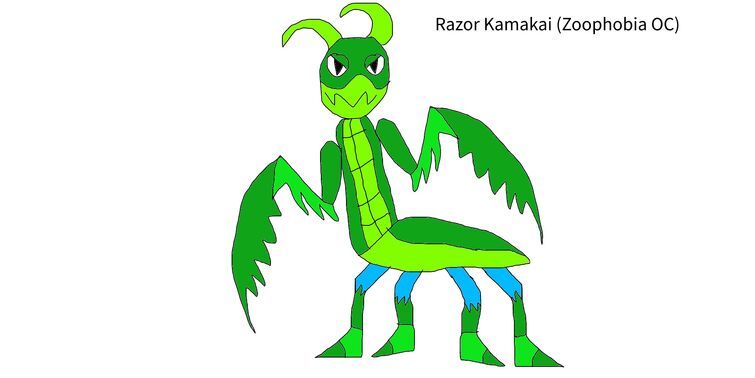 Been wanting to make More OCs/Fan Characters for Vivziepop's old web comic, Zoophobia to share with @Veggies Alt and @0rosabelle0

Razor Kamakai is a tall yet gangly preying mantis with a hunger for anything that moves. Razor will take down things larger than himself just to see how it tastes. As a result, he was recruited by Madame Chichi for her treasure hunting gang. Acting as the hunter, taking on any wild life that might get in the gang's way as they travel and hunt for treasure. Razor has also shown signs of desire to eat other sentient beings. Especially ones that get in the way of Chichi. Razor is a member of the gang not for the treasure or money, but for the opportunity to devour what he can get his mandibles on.

Join the depths of revenge 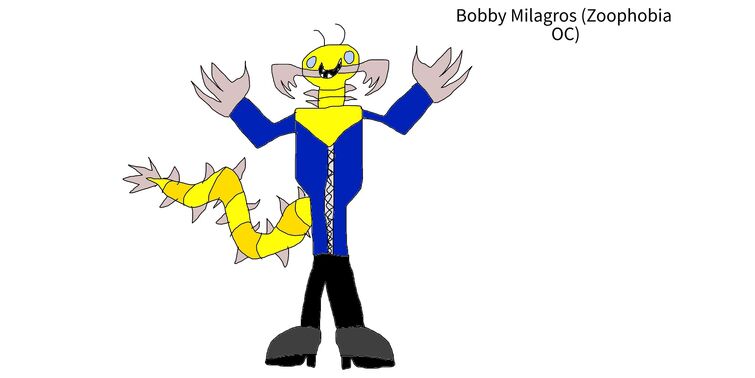 An OC For Vivziepop's old web comic (which now has an animated short on her YouTube channel), Zoophobia

Bobby Milagros is a bobbit worm who was a former member of My Zoophobia Persona's Old Biker Gang before it disbanded. most of Jayden's partners changed their ways and became honorable citizens in Safe Haven, except for Bobby, He liked being bad, and went off on his own in a huff, believing Jayden had gone soft. This was noticed by Dr. Tentacles who offer him a deal in killing all humans which bobby agrees. he using his slicing jaws that are his greatest weapon to cut through almost everything. 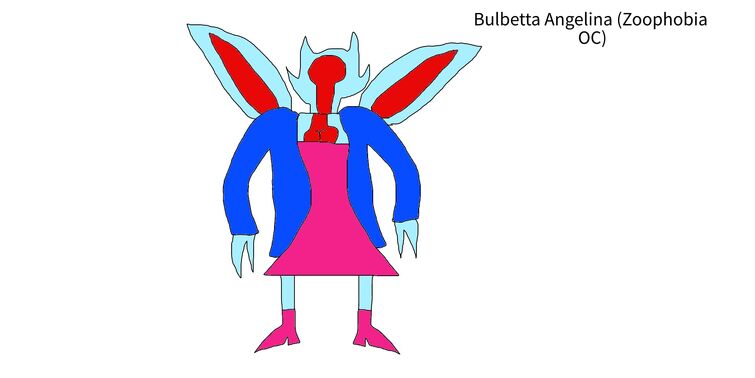 An OC For Vivziepop's old web comic (which now has an animated short on her YouTube channel), Zoophobia

Bubbletta Angelina is a sea angel who was originally created by Doctor Tentacles to kill humans but never wanted to hurt anybody. she prefer to understand the humans better than to slaughter them. she tried to escape, but was surrounded by Tentacles' guards until Chichi's Gang saved her and she later fell in love with Claude Coral 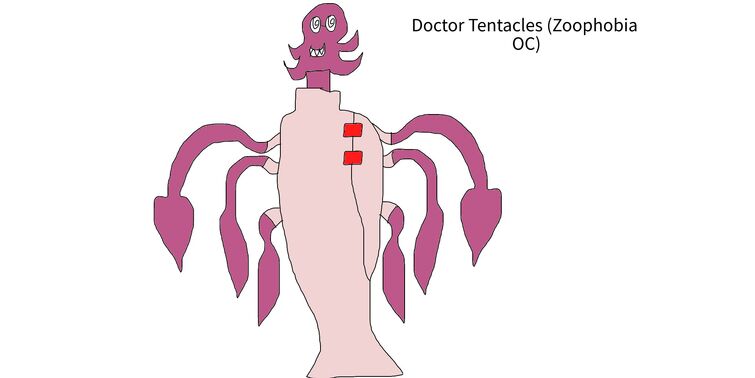 An OC for Vivziepop's old web comic (which now has an animated short on her YouTube channel), Zoophobia.

Doctor Takoy Tentacles is a mad scientist who was once one of Safe Haven's Great Minds until the day he discovered dark magic and now only gives demons the means of causing chaos and despair. he has gone mad creating weapons and means of defeating the humans. His advanced age has made him appear more octopus than human as many have noticed.