Marx is one of the minor Zoophobia characters and the brother of Fitch, Hatchet, & Malcom.

Marx is a film producer and believed to be a former stage actor, and has a distant relationship with his brothers overall. He considers himself a victim of circumstance, and though he's well-meaning, his grumpy, easily irked temperance causes his mouth to get him in trouble. He's mostly all talk, unfortunately, and quickly makes a retreat if it gets too heated. Despite his grumpy demeanor, his heart will always be in the right place. 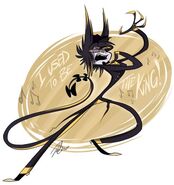 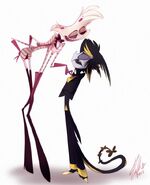 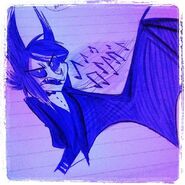 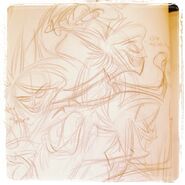 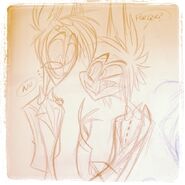 Marx makes a cameo in the Pilot episode of "Hazbin Hotel".

Marx is in many ways the foil to Castello, who always seems to choose wrong, but Marx puts it down only if needed, preferring more merciful methods.

Marx seems to sometimes show more patience, attention and admiration for Quiver, despite her nature. She values it, though has trouble expressing it.

Marx raised Gustav along with a demon known as The Director.

Retrieved from "https://zoophobia.fandom.com/wiki/Marx?oldid=8341"
Community content is available under CC-BY-SA unless otherwise noted.