Vivienne Medrano, more commonly known as Vivziepop, is a Salvadoran-American animator and artist. She is the creator of Zoophobia.

Vivienne was born and raised in Maryland. She studied at the School of Visual Arts and graduated in 2014. In 2012, she started creating a webcomic called "Zoophobia", a story about a human who started working in Safe Haven, a place where animals, demons, and other species lived in. The comic gained a quite big fanbase. On October 30, 2014, she uploaded on her Youtube account fan-animated music video, where her character JayJay sang Kesha's "Die Young" song. This video was watched over 34 million times, which (as she stated) "boosted her channel up".

In July 2016, she moved to California. Before she started developing the series, she worked as an animator in Internet series called "Too Loud!", created by Nico Colaleo.

She has one sisters named Maritza Medrano. Vivienne is the oldest. During the 2018 National Coming Out Day, she declared herself to be bisexual. 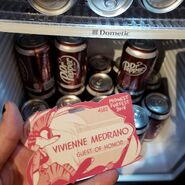 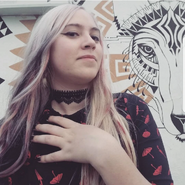